The fruit on this American pokeweed plant (Phytolacca americana) is just about gone: 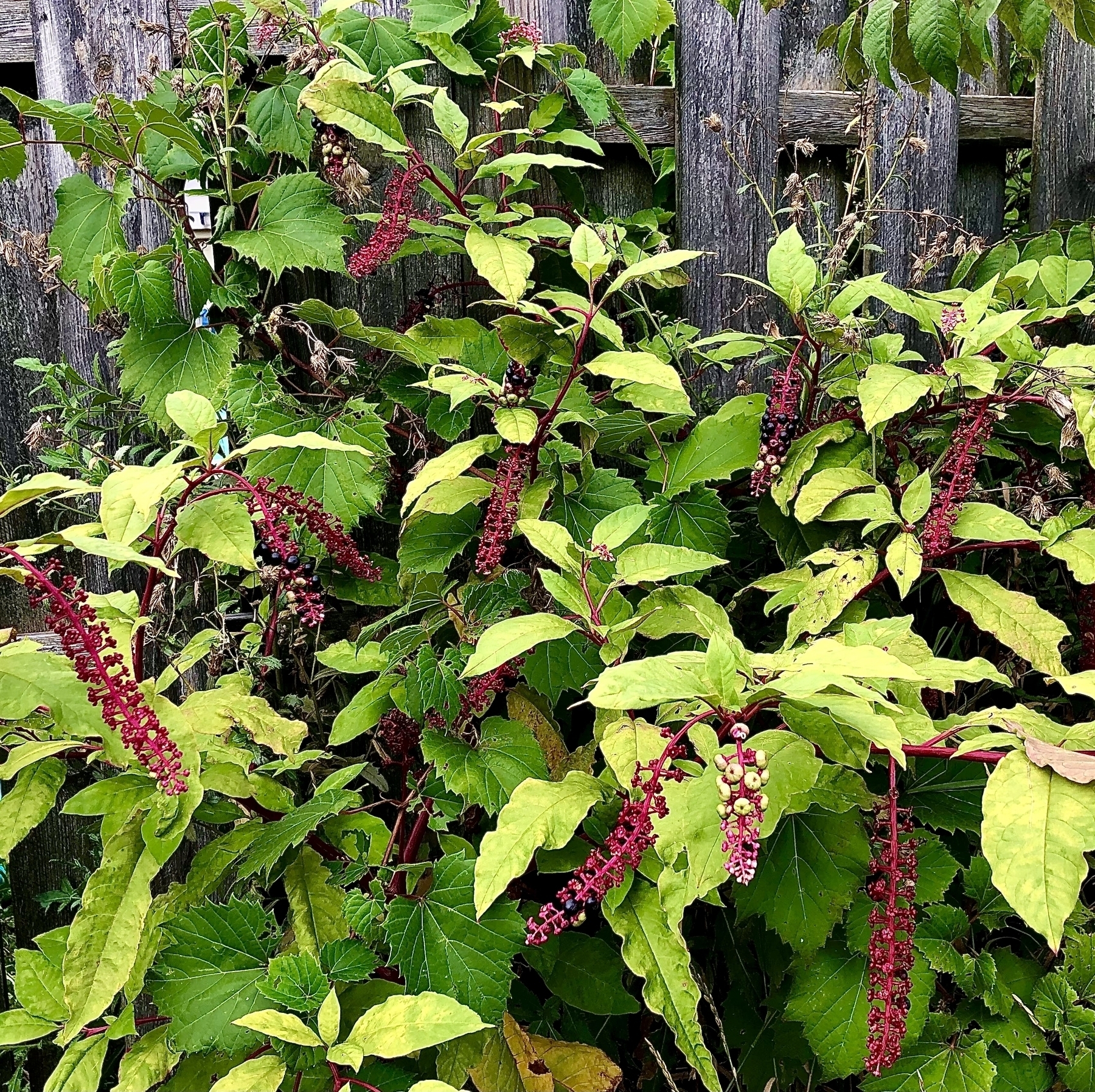 So much for the birds saving some for later when it gets colder ;-)

Today is my grandson’s 14th birthday. HAPPY BIRTHDAY! It is also the Autumnal Equinox marking the first day of fall, my favorite season. He’s quite the math whiz so I like to send him information to keep him on his toes, like this.

Apparently, the Autumnal Equinox can occur as early as September 21 and as late as September 24. In this article, Herbstanfang 2016 – Herbsttagundnachtgleiche is a graphic by Frank Klemm that shows how the date / time cycles over a 600+ year span adjusted for leap years along the way: 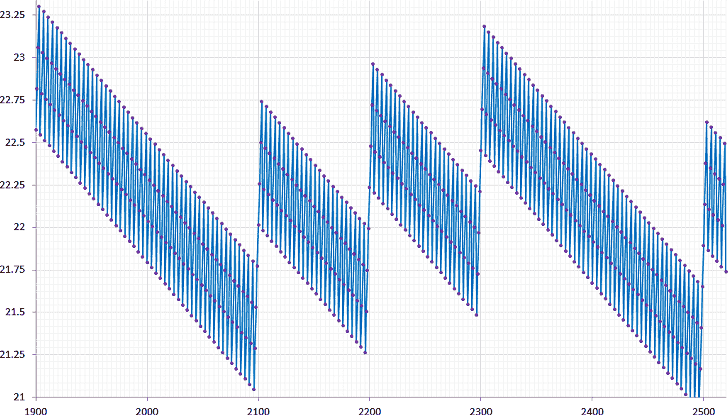 What day / time was it the year you were born? When will that reoccur? On that note, the last time the Autumnal Equinox happened on September 24 was in 1931, the year my sister (his great aunt) was born. I don’t think she’ll make to the next one in 2303. But if she keeps going the way she is, well, who knows?! I suggested he might be the one who figures out how to extend life well into the future so he can be around for that momentous event. Now, THAT is truly a lifetime project!

It is clearly evident that while man possesses powers in common with the animal, he is distinguished from the animal by intellectual attainment, spiritual perception, the acquisition of virtues, capacity to receive the bestowals of Divinity, lordly bounty and emanations of heavenly mercy. This is the adornment of man, his honor and sublimity. Humanity must strive toward this supreme station. Christ has interpreted this station as the second birth. Man is first born from a world of darkness, the matrix of the mother, into this physical world of light. In the dark world from whence he came he had no knowledge of the virtues of this existence. He has been liberated from a condition of darkness and brought into a new and spacious realm where there is sunlight, the stars are shining, the moon sheds its radiance, there are beautiful views, gardens of roses, fruits and all the blessings of the present world. How did he attain these blessings? Through the agency of birth from the mother. Just as man has been physically born into this world, he may be reborn from the realm and matrix of nature, for the realm of nature is a condition of animalism, darkness and defect. In this second birth he attains the world of the Kingdom. There he witnesses and realizes that the world of nature is a world of gloom, whereas the Kingdom is a world of radiance; the world of nature is a world of defects, the Kingdom is a realm of perfection; the world of nature is a world without enlightenment, the Kingdom of spiritual humanity is a heaven of illumination. Great discoveries and revelations are now possible for him; he has attained the reality of perception; his circle of understanding is illimitably widened; he views the realities of creation, comprehends the divine bounties and unseals the mystery of phenomena. This is the station which Christ has interpreted as the second birth. He says that just as ye were physically born from the mother into this world, ye must be born again from the mother world of nature into the life of the divine Kingdom. May you all attain this second, spiritual birth. “That which is born of the flesh is flesh; and that which is born of the Spirit is spirit.”

I pray that the confirmation of God may descend upon you. May you all be born again from this mortal world into the realm of the Kingdom. May you clearly witness the signs of God, sense the virtues of the divine, attain the eternal bounties and perceive the reality of everlasting life. 1