A lone Chinese Boxthorn (Lycium chinense) growing amid the common periwinkle / creeping myrtle (Vinca minor) as depicted in “Daily Log” for 20 June 2022 makes for an unexpected but pleasing juxtaposition: 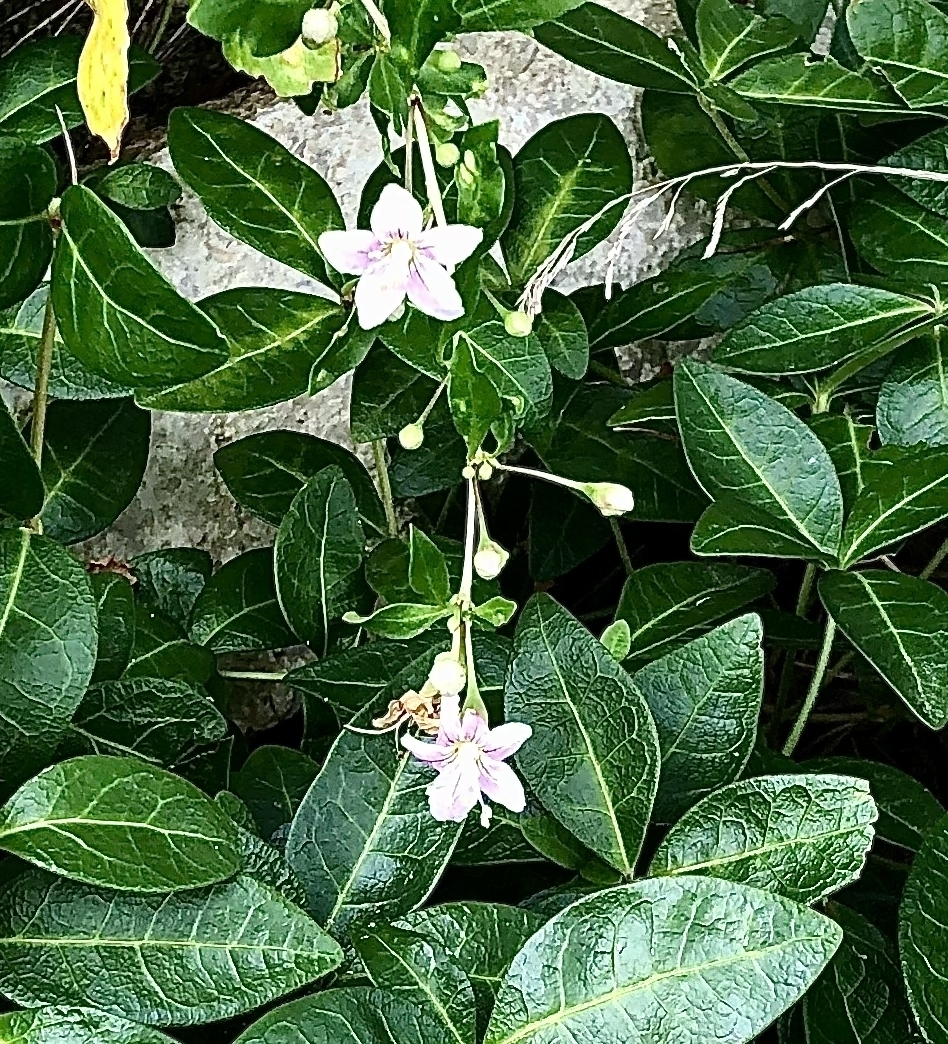 In an update today to one of the channels in the “Raising the Value of Learning” Slack group, I clarified the flow of human value (in my opinion):

The length of time our attention is held on a particular pursuit is the critical measure of our value as humans. RIght now, the bulk of the value we generate each and every day (outside of paid work, which accounts for a fraction of the value generated) passes largely unacknowledged and uncompensated into the control of the machine that then takes advantage of it, often to our disadvantage.

Timebanks have an integral role in challenging the “rules of engagement” and subsequently changing the model of human value flows.

How to make that happen is where I’ve shifted my attention next.

Philosophy is of two kinds: natural and divine. Natural philosophy seeks knowledge of physical verities and explains material phenomena, whereas divine philosophy deals with ideal verities and phenomena of the spirit. The field and scope of natural philosophy have been greatly enlarged, and its accomplishments are most praiseworthy, for it has served humanity. But according to the evidence of present world conditions divine philosophy—which has for its object the sublimation of human nature, spiritual advancement, heavenly guidance for the development of the human race, attainment to the breaths of the Holy Spirit and knowledge of the verities of God—has been outdistanced and neglected. Now is the time for us to make an effort and enable it to advance apace with the philosophy of material investigation so that awakening of the ideal virtues may progress equally with the unfoldment of the natural powers. In the same proportion that the body of man is developing, the spirit of man must be strengthened; and just as his outer perceptions have been quickened, his inner intellectual powers must be sensitized so that he need not rely wholly upon tradition and human precedent. In divine questions we must not depend entirely upon the heritage of tradition and former human experience; nay, rather, we must exercise reason, analyze and logically examine the facts presented so that confidence will be inspired and faith attained. Then and then only the reality of things will be revealed to us. The philosophers of Greece—such as Aristotle, Socrates, Plato and others—were devoted to the investigation of both natural and spiritual phenomena. In their schools of teaching they discoursed upon the world of nature as well as the supernatural world. Today the philosophy and logic of Aristotle are known throughout the world. Because they were interested in both natural and divine philosophy, furthering the development of the physical world of mankind as well as the intellectual, they rendered praiseworthy service to humanity. This was the reason of the triumph and survival of their teachings and principles. Man should continue both these lines of research and investigation so that all the human virtues, outer and inner, may become possible. The attainment of these virtues, both material and ideal, is conditioned upon intelligent investigation of reality, by which investigation the sublimity of man and his intellectual progress is accomplished. Forms must be set aside and renounced; reality must be sought. We must discover for ourselves where and what reality is. In religious beliefs nations and peoples today are imitators of ancestors and forefathers. If a man’s father was a Christian, he himself is a Christian; a Buddhist is the son of a Buddhist, a Zoroastrian of a Zoroastrian. A gentile or an idolator follows the religious footsteps of his father and ancestry. This is absolute imitation. The requirement in this day is that man must independently and impartially investigate every form of reality. 1