Lady’s Thumb (Persicaria maculosa) growing outside one of my raised garden beds. Turns out it’s another invasive species brought to North America from Europe and Asia. I’m familiar with it as it likes to take over all available space, even crowding out other plants I like as the season unfolds. Maybe that’s the reason some consider it a weed — but the blooms are pretty and the plant requires minimal care. 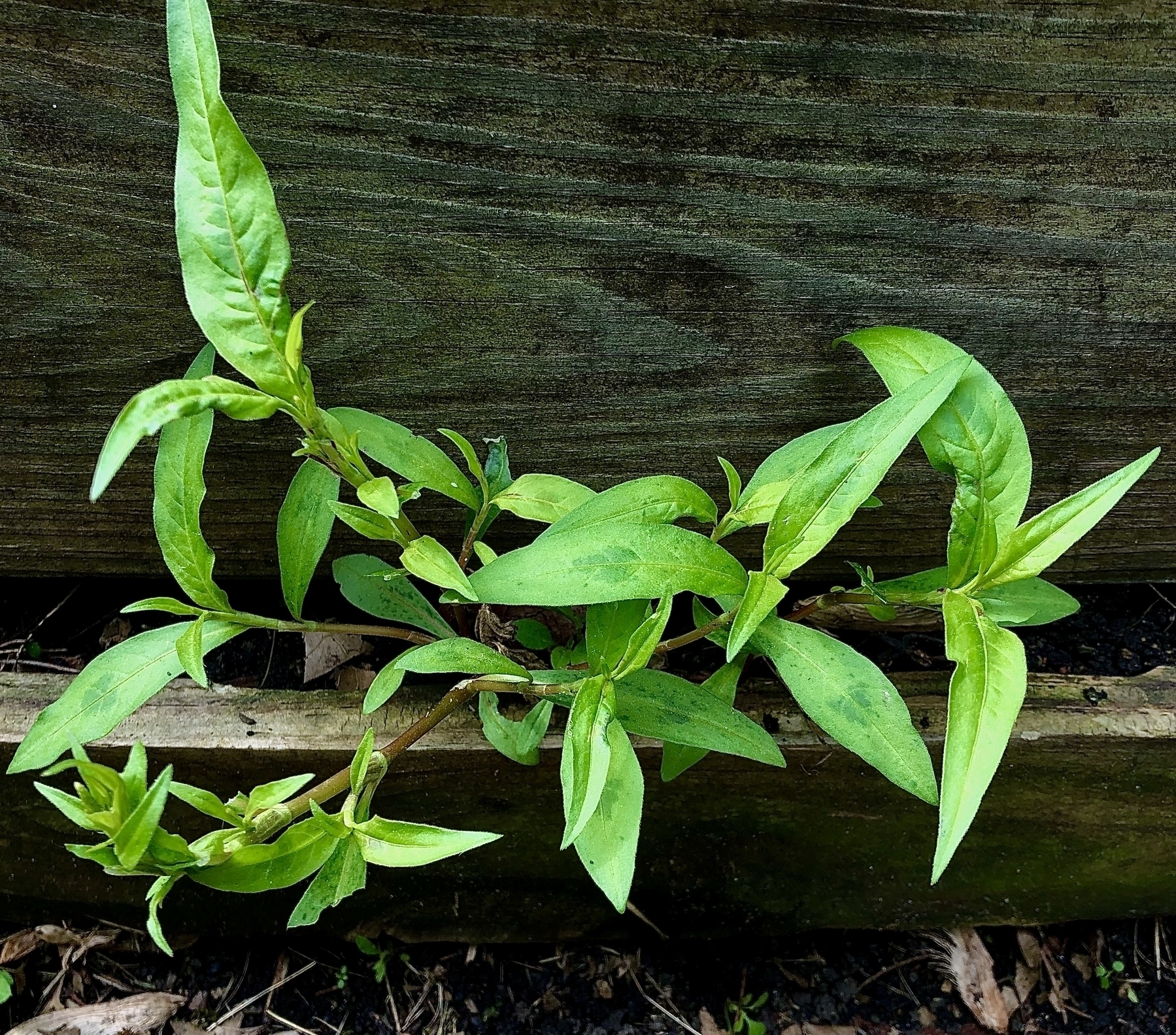 Seems like the pieces didn’t fall together today to get as much done I intended beyond posting to my blogs, cooking up a new variation on an old favorite — potato and green bean soup — for supper, taking my brother-in-law to his physical and occupational therapy appointments, and doing a little bit of work in the garden. Maybe tomorrow I’ll be up for more on my presentation slides.

The spiritual brotherhood which is enkindled and established through the breaths of the Holy Spirit unites nations and removes the cause of warfare and strife. It transforms mankind into one great family and establishes the foundations of the oneness of humanity. It promulgates the spirit of international agreement and ensures universal peace. Therefore, we must investigate the foundation of this heavenly fraternity. We must forsake all imitations and promote the reality of the divine teachings. In accordance with these principles and actions and by the assistance of the Holy Spirit, both material and spiritual happiness shall become realized. Until all nations and peoples become united by the bonds of the Holy Spirit in this real fraternity, until national and international prejudices are effaced in the reality of this spiritual brotherhood, true progress, prosperity and lasting happiness will not be attained by man. This is the century of new and universal nationhood. Sciences have advanced; industries have progressed; politics have been reformed; liberty has been proclaimed; justice is awakening. This is the century of motion, divine stimulus and accomplishment, the century of human solidarity and altruistic service, the century of universal peace and the reality of the divine Kingdom. 1