This season, I’m letting the garden and yard grow whatever it will without making value judgements about this plant and that one (except creeping thistle — there I draw the line — it’s outta here) just because it’s NOT something edible by humans, attractive to pollinators and birds, or deemed “appropriate” in suburban landscaping. If it’s green, it gets a shot, at least until I photograph and identify it. I’ve been using an app called “PictureThis.” So far, it’s been flawless. But I plan on putting it through its paces in the days and weeks ahead as EVERYTHING is sprouting and growing. With that, here’s today’s entry: 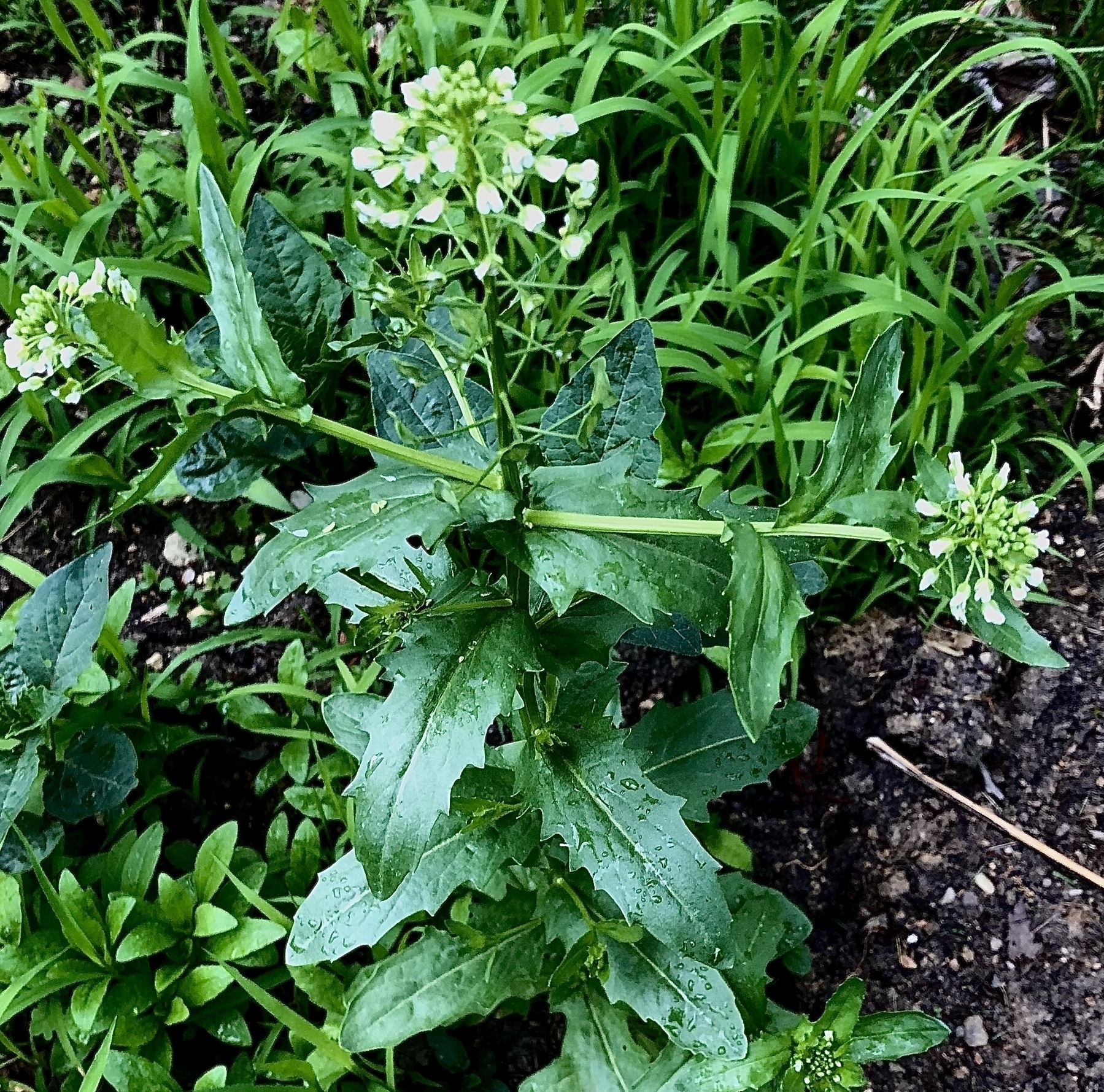 I learned that it can be grown successfully as a cover crop, feedstock, and oil for renewable fuels. On the other hand, “Field pennycress is a weed of cultivated land and wasteland,” reports the Wikipedia entry about it. I probably won’t commercialize it in the back yard ;-)

Started the next set of slides about the “s-curve” which will comprise a complementary presentation to “Let Your Vision Be World-Embracing.” I’ll start posting them later this week.

Throughout the universe the divine power is effulgent in endless images and pictures. The world of creation, the world of humanity may be likened to the earth itself and the divine power to the sun. This Sun has shone upon all mankind. In the endless variety of its reflections the divine Will is manifested. Consider how all are recipients of the bounty of the same Sun. At most the difference between them is that of degree, for the effulgence is one effulgence, the one light emanating from the Sun. This will express the oneness of the world of humanity. The body politic, or the social unity of the human world, may be likened to an ocean, and each member, each individual, a wave upon that same ocean. 1