Spotted this seedling Norway spruce (Picea abies) growing out of the base of a mature silver maple (Acer saccharum) while mowing today. 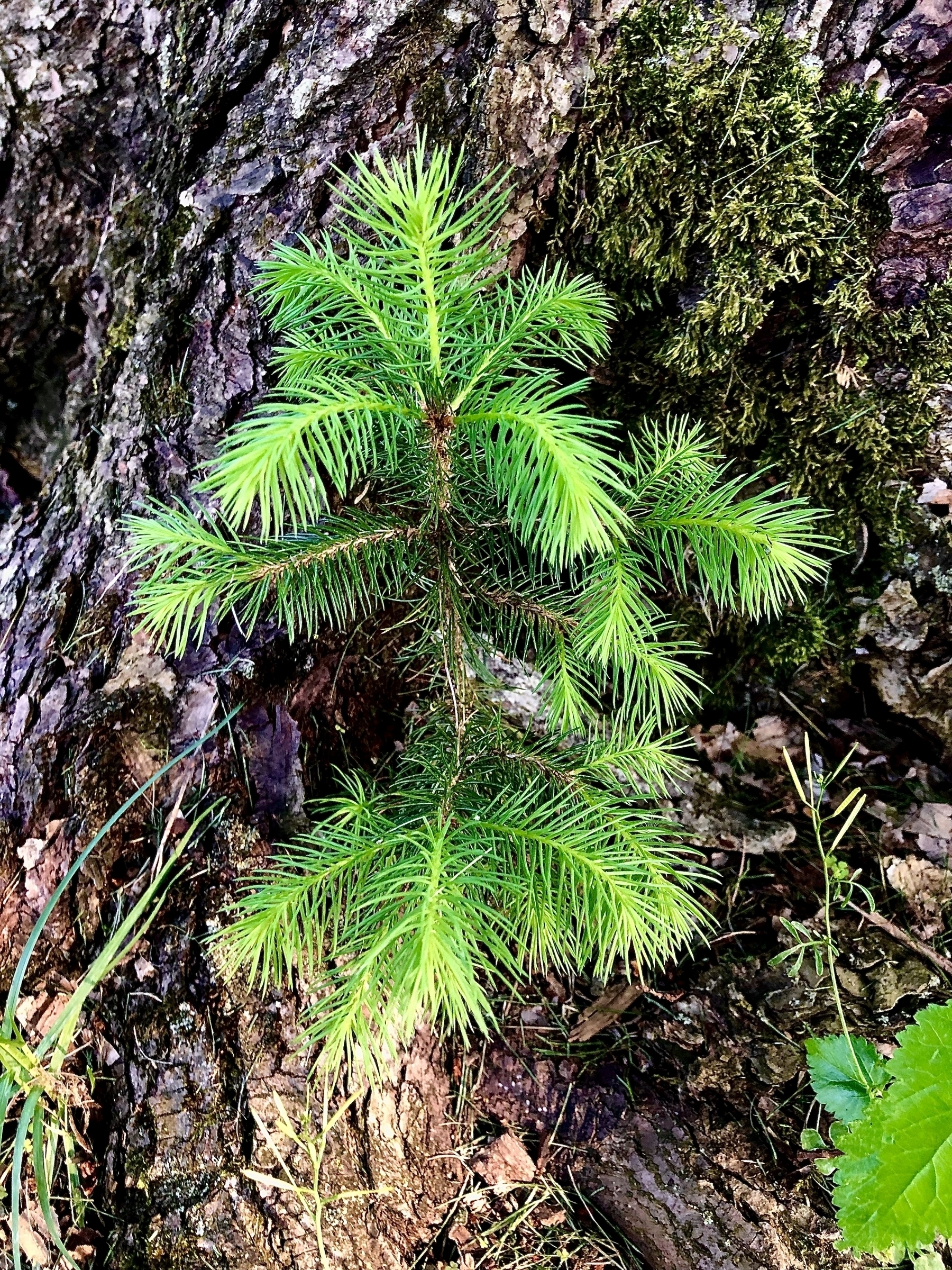 I’m leaving them alone so they can work out their relationship. Perhaps it will evolve into a kind of symbiosis whereby the spruce in the early stage of its life draws sustenance from the maple that’s well along in its later years. We’ll see what they come up with …

Got my second COVID booster this afternoon. I’m calling it quits for the day. Tomorrow will come soon enough ;-)

Furthermore, the forms and organisms of phenomenal being and existence in each of the kingdoms of the universe are myriad and numberless. The vegetable plane or kingdom, for instance, has its infinite variety of types and material structures of plant life—each distinct and different within itself, no two exactly alike in composition and detail—for there are no repetitions in nature, and the augmentative virtue cannot be confined to any given image or shape. Each leaf has its own particular identity—so to speak, its own individuality as a leaf. Therefore, each atom of the innumerable elemental atoms, during its ceaseless motion through the kingdoms of existence as a constituent of organic composition, not only becomes imbued with the powers and virtues of the kingdoms it traverses but also reflects the attributes and qualities of the forms and organisms of those kingdoms. As each of these forms has its individual and particular virtue, therefore, each elemental atom of the universe has the opportunity of expressing an infinite variety of those individual virtues. No atom is bereft or deprived of this opportunity or right of expression. Nor can it be said of any given atom that it is denied equal opportunities with other atoms; nay, all are privileged to possess the virtues existent in these kingdoms and to reflect the attributes of their organisms. In the various transformations or passages from kingdom to kingdom the virtues expressed by the atoms in each degree are peculiar to that degree. For example, in the world of the mineral the atom does not express the vegetable form and organism, and when through the process of transmutation it assumes the virtues of the vegetable degree, it does not reflect the attributes of animal organisms, and so on. 1