Common burdock (Arctium minus) growing in the crack between the walkway and the step to the back door. “Life finds a way” — that is until my partner decides that’s enough of that — particularly after it blooms. As I understand it, when the flowers dry they have “hooks” so the seedheads attach to people and animals. That hooking characteristic provided the biomimetic inspiration for Velcro ;-) 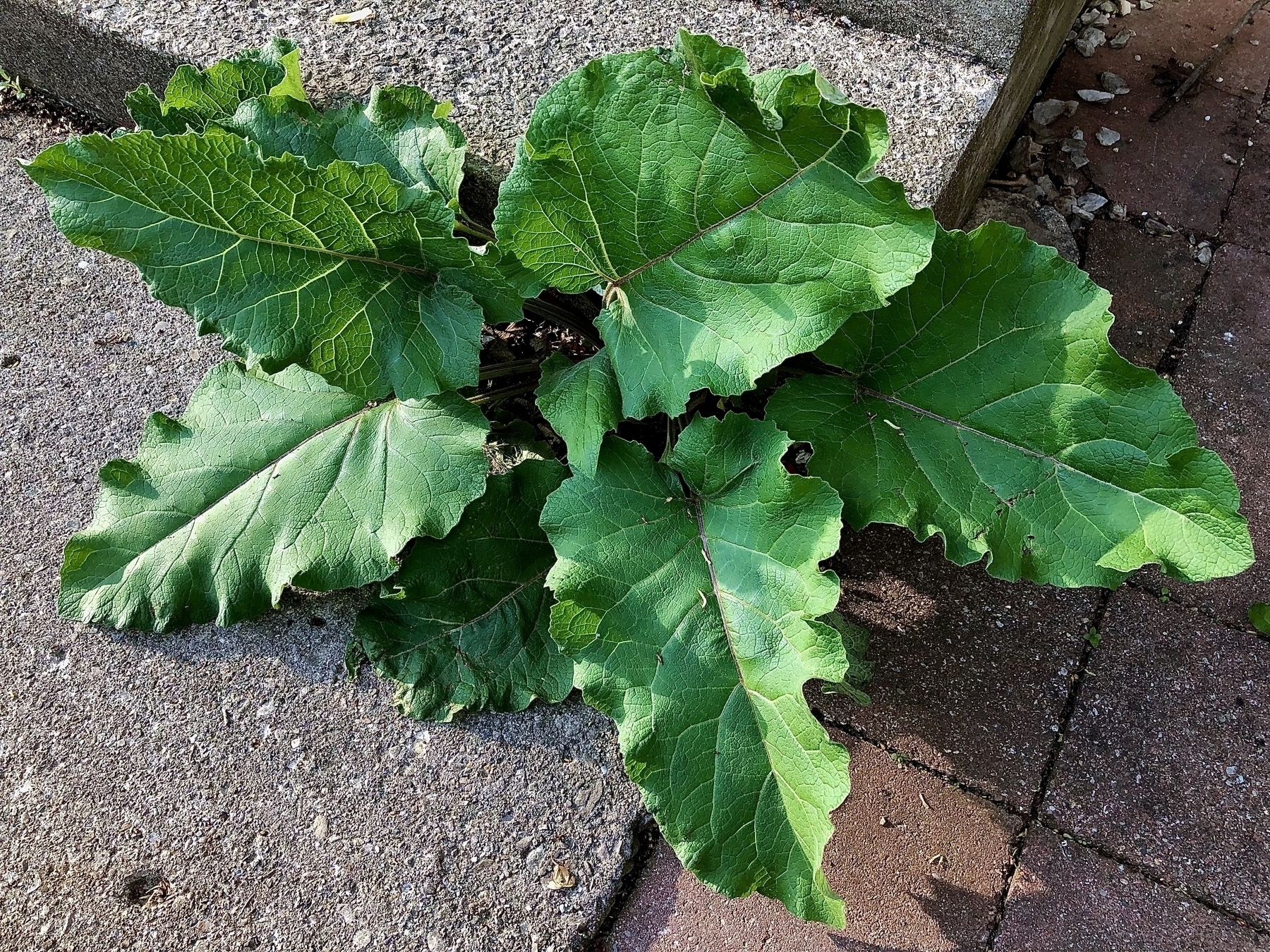 Took advantage of the warm weather and moved the geraniums and houseplants outside for the spring / summer. Still have a lot of pruning, staking, and positioning so that they’re where they can benefit the most during the weeks ahead. I should have it done tomorrow.

Uploaded the “Let Your Vision Be World-Embracing” presentation as a draft post to the Frameworks for Understanding the World website. Tomorrow, it goes live with ongoing revisions and updates to follow on a routine basis well into the future.

It is incumbent upon every man, in this Day, to hold fast unto whatsoever will promote the interests, and exalt the station, of all nations and just governments. Through each and every one of the verses which the Pen of the Most High hath revealed, the doors of love and unity have been unlocked and flung open to the face of men. We have erewhile declared—and Our Word is the truth—: “Consort with the followers of all religions in a spirit of friendliness and fellowship.” Whatsoever hath led the children of men to shun one another, and hath caused dissensions and divisions amongst them, hath, through the revelation of these words, been nullified and abolished. From the heaven of God’s Will, and for the purpose of ennobling the world of being and of elevating the minds and souls of men, hath been sent down that which is the most effective instrument for the education of the whole human race. The highest essence and most perfect expression of whatsoever the peoples of old have either said or written hath, through this most potent Revelation, been sent down from the heaven of the Will of the All-Possessing, the Ever-Abiding God. Of old it hath been revealed: “Love of one’s country is an element of the Faith of God.” The Tongue of Grandeur hath, however, in the day of His manifestation proclaimed: “It is not his to boast who loveth his country, but it is his who loveth the world.” Through the power released by these exalted words He hath lent a fresh impulse and set a new direction to the birds of men’s hearts, and hath obliterated every trace of restriction and limitation from God’s holy Book. 1